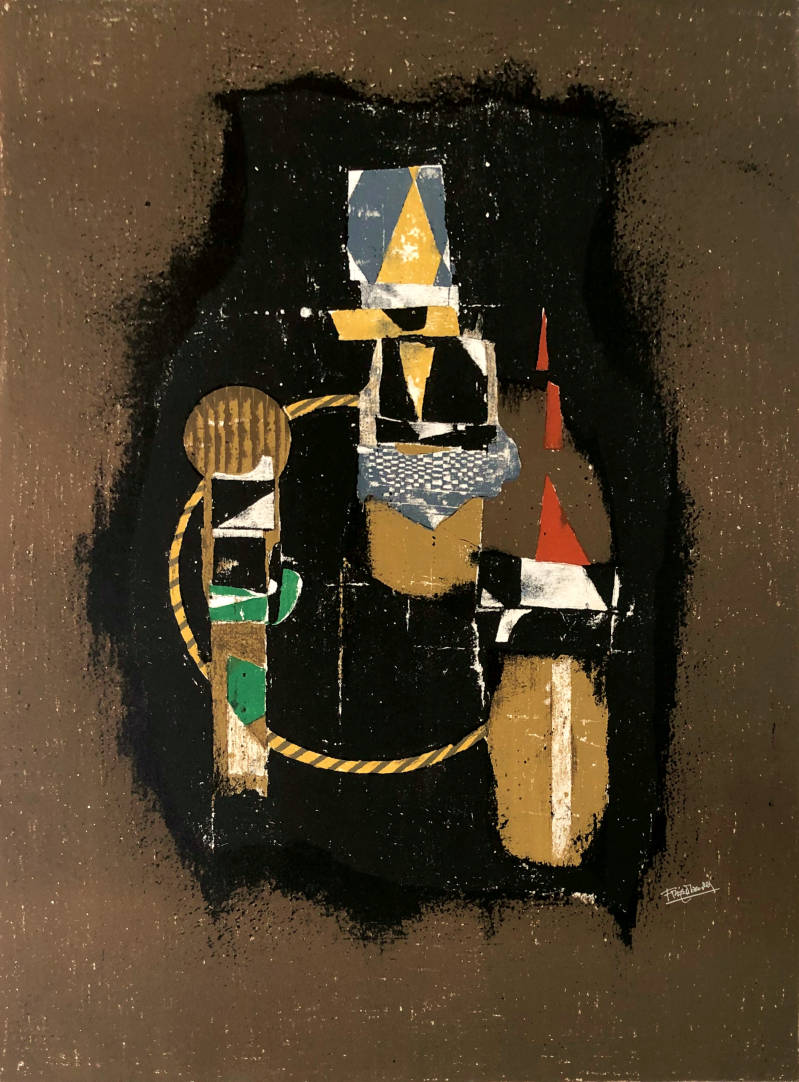 Abstract art uses visual language of shape, form, color and line to create a composition which may exist with a degree of independence from visual references in the world. Western art had been, from the Renaissance up to the middle of the 19th century, underpinned by the logic of perspective and an attempt to reproduce an illusion of visible reality. By the end of the 19th century many artists felt a need to create a new kind of art which would encompass the fundamental changes taking place in technology, science and philosophy. The sources from which individual artists drew their theoretical arguments were diverse, and reflected the social and intellectual preoccupations in all areas of Western culture at that time.

Johnny Friedlaender (26 December 1912 – 18 June 1992) was a leading German/French 20th-century artist, whose works have been exhibited in Germany, France, Netherlands, Italy, Japan and the United States. He has been influential upon other notable artists, who were students in his Paris gallery. His preferred medium of aquatint etching is a technically difficult artistic process, of which Friedlaender has been a pioneer.